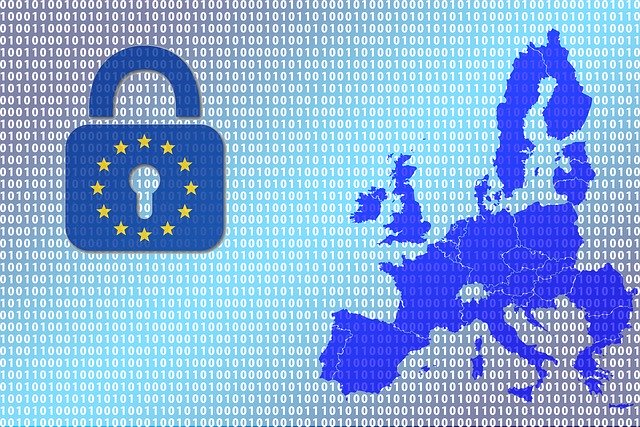 Much has been written about Peter Altmaiers initiative Gaia-X, with which the German Federal Minister for Economic Affairs and Energy has ventured to challenge the American Cloud top dogs.

But did he really?

This is the thing that irritated me the most, when reading comments and articles about Gaia-X. Most of them interpret it as a strategy to create an European Cloud. It‘s not.

But then, what is the core idea behind this initiative?

What Gaia-X is all about

To sum up, Gaia-X aims to achieve four main goals:

Looking at the digital landscape today, we see oligopoly tendencies with what I call a data wild-west. Nearly every day we can read of new data breaches and scandals – without bigger consequeces.

At the same time, the digitalization of industries picks up speed in the industrially shaped European countries. Cloud computing could be a strong enabler for this movement.

Nevertheless, many European companies and especially SMEs, which form the backbone of the economy, are still very reserved when it comes to cloud adoption.

Many fear data theft, especially Intellectual Property. This is not completely dismissable, as laws like the Patriot Act, or even worse the Cloud Act show.

In times in which technology and above all IT represents an essential instrument of power, the political wish is understandable. The current proceedings around 5G in Germany illustrates how emotionally this debate is conducted.

The Chinese Huawei group would probably be the most sensible provider in economic terms. But also here, fears of massive Chinese espionage exist, whether justified or not.

Therefore, Gaia-X is not so much about technology. In fact, it’s about values and culture.

If you have asked yourself why of all countries Germany took the initiative then there is one thing you need to understand. Very simply put: Germans are great at things (Cars, Machines, Appliances,…) and Americans are with the Internet. We Germans feel like we lost the first half of the digitalization.

Personally I think this is nonsense, but the feeling of being outpaced really hurts our engineer‘s soul.

Coming back to the point, as we are in the age of IoT (Internet of Things) now, it will be very important for the European countries (which have the „Things“) to also deliver on the non-physical level.

It’s illusory to think that Europe could challenge the Amazons and Microsofts of our world in terms of cloud computing. They are Internet hyperscaler comparable maybe to Things hyperscaler Volkswagen.

For example, Volkswagen has perfected supply chains, modular design and manufacturing platforms like MQB in combination with a worldwide network of dealers and service partners and on top of that running the biggest smart factory project worldwide, making it nearly impossible for competitors to enter the market.

Therefore, building „the next AWS“ over a decade after the rise of cloud computing isn‘t a good idea and this is why Gaia-X focusses on a meta level.

In terms of data protection Europe is a leader. It will be a key to success to use the learnings from GDPR and the International Data Space in order to build this ecosystem.

A Long Way To Go – But we must move fast

I really like the concept and think this is something Europe needs.

As we have one of the strictest data policy worldwide, there is the big risk of really losing touch to the developments in the world. Especially with data hungry megatrends like AI.

Trust is also becoming more and more important – if it is in marketing or data exchange between industrial manufacturers.

The vendor neutral melting of Edge and Cloud Computing is today unsolved as well.

If I could make only one wish, then it would be: Dear Project Team, Please start quickly and use a pragmatic approach!

If I could make a second wish, then it would be that innovative projects like IOTA with it‘s push towards data protection (project Alvarium) will be integrated.

And last but not least, if the wish fairy grants three wishes, I would be really happy to see a multinational, intercompany cooperation – despite all the ongoing tradewars and protectionism.

Mankind has always been strongest in cooperation.